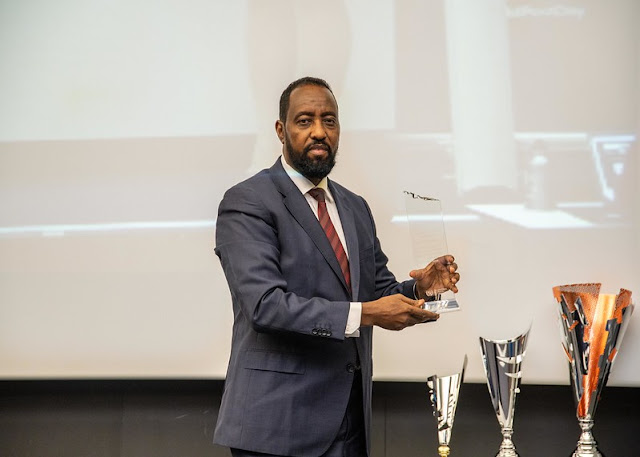 In early August this year, postal workers in a Milan suburb in Italy intercepted an envelope containing three bullets addressed to Pope Francis. The hand-written envelope, which was sent from France, was identified by employees in the Peschiera Borromeo sorting center and included a letter referring to financial operations in the Vatican.

During World Post Day celebrations, Poste Italiane was given a special recognition award from the Universal Postal Union (UPU) in honour of the vital work carried out by employees in Milan in August.
According to Vincenzo Aurelio, Head of Poste Italiane’s Relations with International Authorities and Organizations, “The award is a great opportunity to put the spotlight on the silent but crucial work carried out by every single postal worker, every day, which makes the post a trusted party and a key element of a country’s development and growth.”
Accepting the award on World Post Day, Aurelio continued, “What happened in August is just a small tip of a much greater iceberg, which is our corporate system for monitoring the postal flow and ensuring the safety of employees and the whole community at large.”
According to Aurelio, the excellent work carried out by the Peschiera Borromeo employees is part of a complex safety and security program which sees postal workers and authorities work together to keep the postal chain safe.
“A combination of employee expertise matured over decades, adherence to strict policies and procedures, and good synergies between internal security functions and external police forces, enables us to successfully seize many tonnes of illicit items every day,” he explained.
Aurelio explained the Post employs the latest technologies, including modern x-ray equipment and visual control, to detect and prevent dangerous and illicit items in mail.
“Thanks to the work carried out by employees in every single part of the postal chain we are able to effectively detect and report to authorities thousands of items per year thus confirming the key role of postal service for the safety of the whole community,” he said.
Following the incident in August, the UPU released a statement which heralded postal workers as “courageous” while carrying out their work on the front line. “Every day, courageous postal workers, who process billions of letters and parcels annually, risk handling bullets, bombs or even deadly drugs,” the statement said. “During the COVID-19 pandemic, brave postal workers all over the world continued to keep the mail moving and to benefit societies and economies. The UPU warmly congratulates the postal workers who discovered the bullets and called the police.”
Posted by AIPEU Group-C, Odisha at Tuesday, October 12, 2021