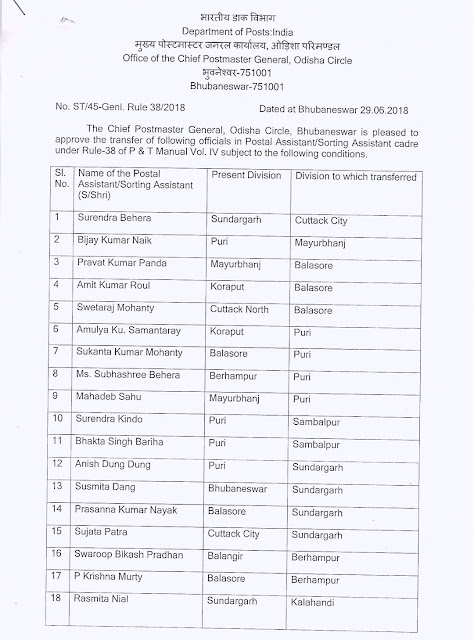 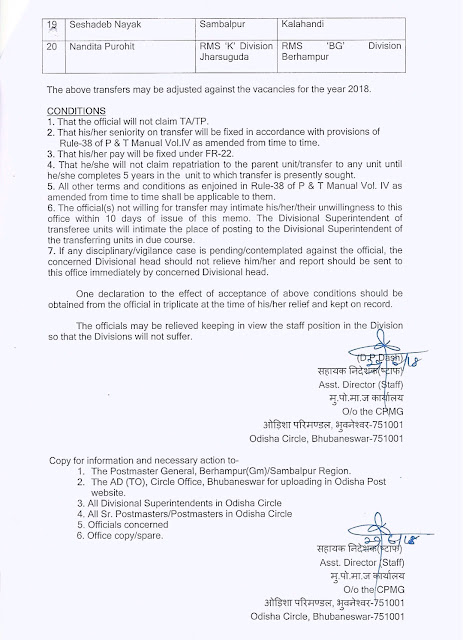 S B Order No. 07/2018 : Deduction of TDS from Senior Citizens who have invested in SCSS 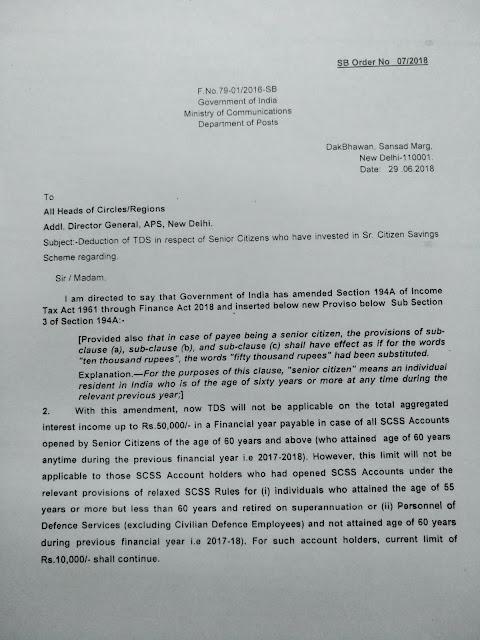 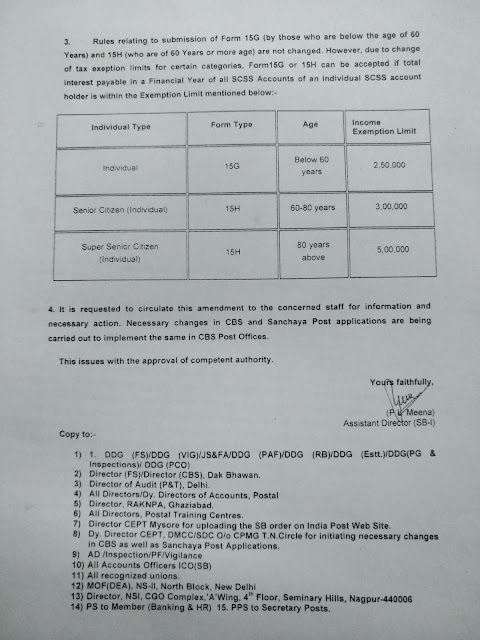 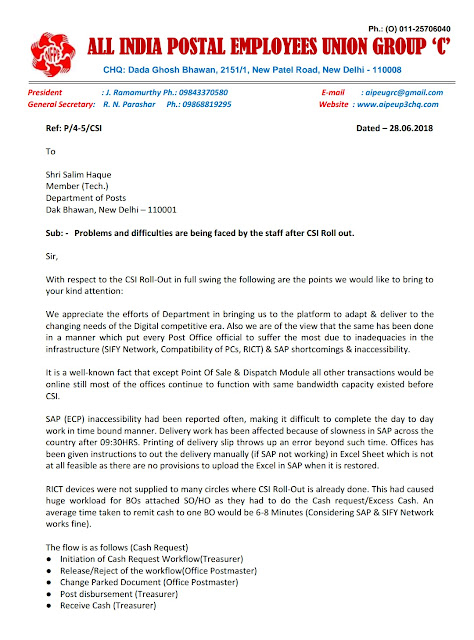 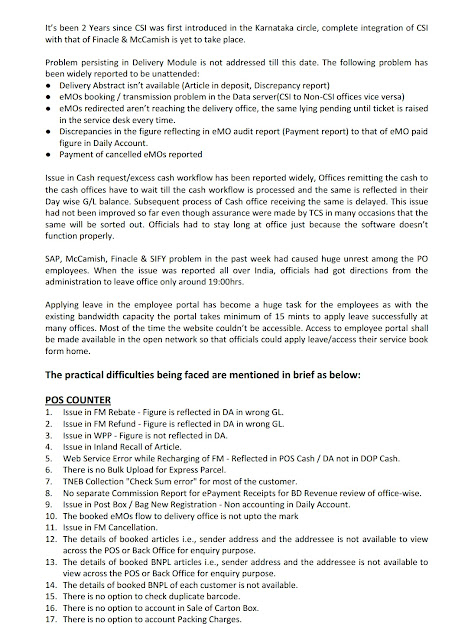 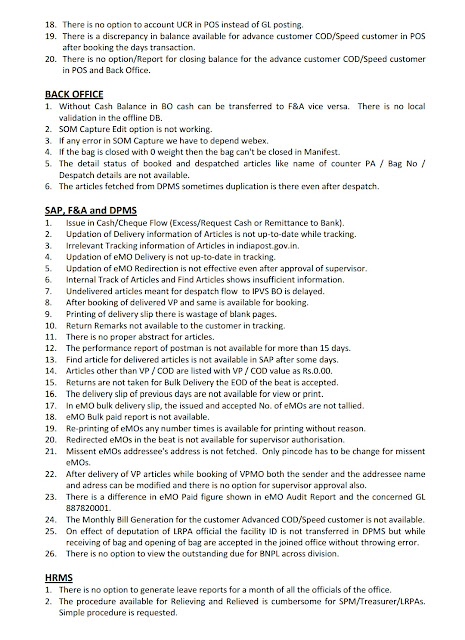 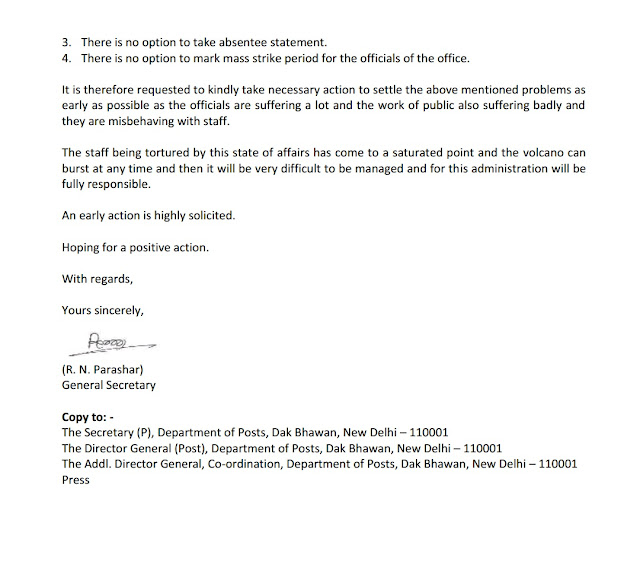 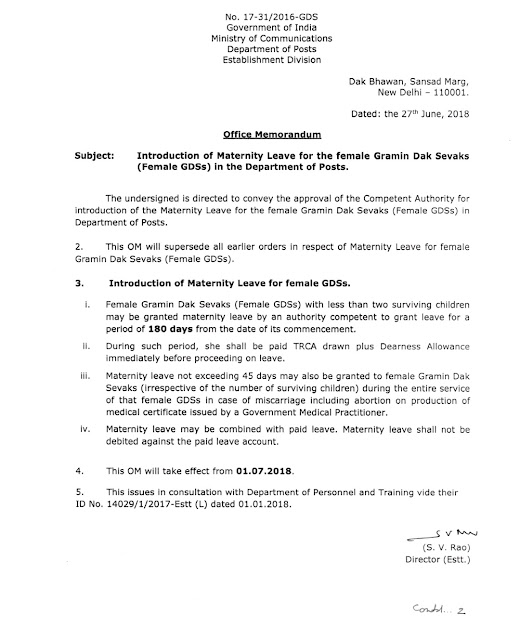 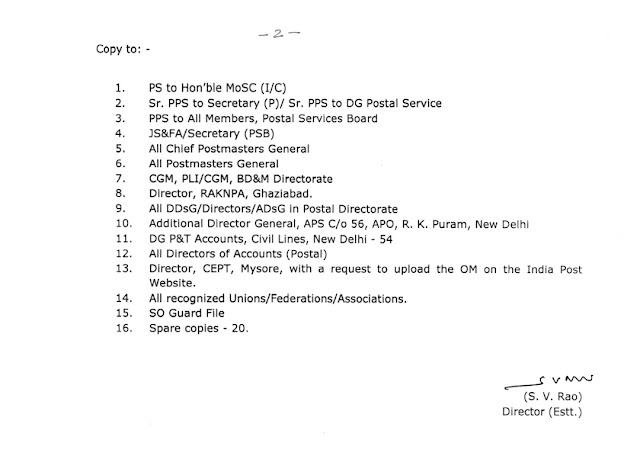 Handle with care: How EAD became an additional tool to counter terrorism and dangerous goods

26.06.2018 - Nearly eight years ago, two bombs were discovered on separate cargo planes during routine stop-overs in the United Kingdom and the United Arab Emirates.

Each bomb contained up to 400 grammes of plastic explosives and a detonating mechanism and was set to explode over a city in the United States. If successful, the explosions would have caused mayhem and large numbers of casualties.
Alarmingly, both packages had already travelled on passenger and cargo planes before they were discovered due to an intelligence tip-off. The discoveries prompted a major security review on how to stop such acts of terrorism in the future. Perhaps UK journalist Simon Calder, writing in the British Independent newspaper, best expressed not only the concerns about the security risks but also indicated how authorities would in the future fight back against one of the greatest challenges when moving parcels around the world.
He said, “Yemen is not a natural provider of office supplies to organizations such as synagogues in the Chicago area. Therefore, you might fondly imagine that the staff in the parcels offices in the capital, Sana'a, might have checked the dispatches more closely before allowing them anywhere near an aircraft, cargo or passengers. But they didn't.”
Calder’s pithy comment pointed to the problem, but in suggesting that Yemen would probably not supply office supplies to the Chicago area, he also highlighted a partial solution: A risk assessment conducted prior to the air transport of parcels. Move forward almost a decade, and this narrow escape has helped quicken the pace of the introduction globally of Electronic Advance Data or EAD.
EAD works on a very simple premise. Data available for each parcel is subject to an automated risk assessment by customs or other authorities taking into account names, addresses, countries, and details of what is contained in the package. Such details are assessed against known information on terrorists, drug networks, and other groups trying to deliver or receive prohibited goods.
Today 80 percent of all parcels subject to EAD originate from just nine countries. The top 20 countries are responsible for nearly 90 percent of this volume. EAD is viewed as being so important in the logistics supply chain that the European Union wants a blanket introduction of EAD by 2021, and although not yet law, the United States intends to introduce the system by 2020.
Recognizing the scale of the problem, the Universal Postal Union (UPU) has worked closely with its partners, including the World Customs Organization, the International Civil Aviation Organization, and the International Air Transport Association, to increase security and develop the processes necessary to facilitate risk assessments. UPU has also proposed the development of a cloud solution for EAD with each parcel having its own unique identifier, with scans and updates throughout each stage of the postal supply chain.
Raising awareness and ensuring staff is properly trained is another area where UPU helps. The UN Specialized Agency for postal operations hosts workshops for designated operators around the world on security and dangerous goods. This is especially important for the illicit movement of synthetic opioids, which are a direct threat to people and the supply chain. The synthetic opioid carfentanil, for instance, is 100 times more toxic than fentanyl. Even accidental exposure can result in grave risks.
UPU`s Security Manager, Tripp Brinkley said, “The Post cannot be allowed to serve as a tool, or a target, for criminals and terrorists. We have a duty to maintain trust and protect the public, and this duty is the starting point for all our work in support of postal operators.”
On 10 October, UPU’s World Postal Business Forum will hold a high-level panel session on Data Driven Solutions for Dangerous and Prohibited Goods on the margins of this year’s Post-Expo to be held in Hamburg, 9-11 October. 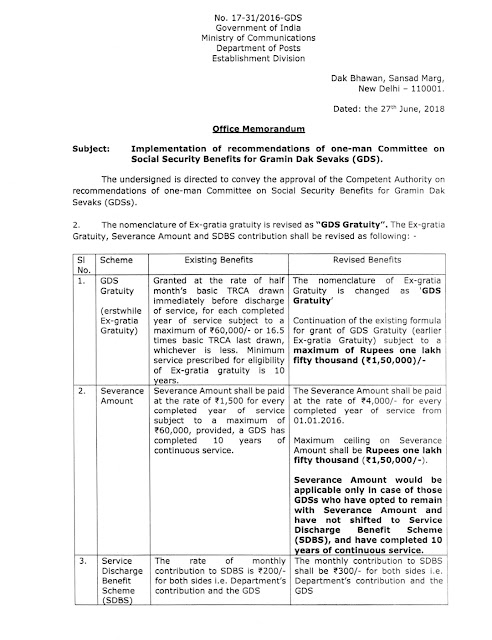 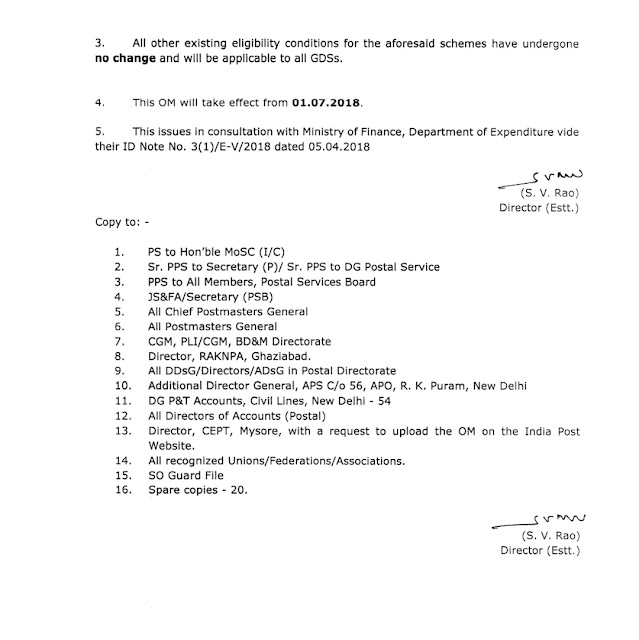 Respected Sir,
Your are aware that for last three weeks or so,  both the staff members in particular and the members of public in general are forced to suffer due to non-functioning / improper functioning of CSI software including CIS in post offices.

Earlier, though we have severally written and discussed in bi-monthly / four-monthly / RJCM meetings requesting proper hardware (both new and upgraded) / mandatory infrastructure and suitable connectivity with higher bandwidth both for NSP I & II as prescribed in TCS blue book along with amended / up-to-date version of CSI software to suit the need of the post offices, we are extremely sorry to inform you that no tangible action is witnessed yet to solve the issues.

It is highly regretted that our items in this regard in the above meetings were overlooked with dissatisfactory replies. Despite our earnest appeals and stiff resistances, CSI rollout was aggressively carried out with hardware/infrastructural deficiencies which have invited untold sufferings both to the staff and public and the situation is worsening day by day. Contradictorily, while TCS is dodging to reply and to pin the problems for smooth running even after a long period, the Department is hesitating to impose penalty against TCS for deficiency in services for the past three weeks throughout the Country including Odisha Circle. Instead, most regretfully, the poor postal employees, especially the Group-C cadre are nipped with iron hand even for petty lapses.

Presently the SAP / PO Back Office login has failed seriously. Treasury and Delivery works are grossly affected. Cash Release / Receipt from / to SOs are not being successful in SAP. Several Hours are consumed to draw a single cheque.  Bag Opening / Closing, Postmen beat out, MO Printing, return from Postmen, dispatches of bags are seriously affected. The employees are detained till late night regularly. The plight of the women employees beggar description. Resentments both from the staff and public are mushrooming day by day.

Under the facts and circumstance, this Circle Union requests your immediate kind intervention and suitable action to bring a stop to all the above shortcomings as soon as possible allowing the staff members to work smarter and better rendering effective services to the members of public failing which we may be forced to adopt trade union activities as found suitable.

With regards.
Yours faithfully,

Click the link below to view :
http://utilities.cept.gov.in/dop/pdfbind.ashx?id=2869
Posted by AIPEU Group-C, Odisha at Wednesday, June 27, 2018 No comments:

Subject: Implementation of the recommendation of 7th CPC on Over Time Allowance – reg.

The undersigned is directed to say that as per Dept. of Expenditure’s Resolution No. 11-1/2016-IC dated 06.07.2017, following is the decision of Government on Overtime Allowance (OTA):“Ministries/ Departments to prepare a list of those staff coming under the category of ’Operational Staff’. Rates of Overtime Allowance not to be revised upwards”.

2. Further it has been clarified by the Dept. of Expenditure that the Government has decided that given the rise in the pay over the years, the recommendations of the 7th CPC to discontinue OTA for categories other than Operational Staff and industrial employees who are governed by statutory provisions may be accepted.

3. Accordingly, it has been decided to implement the aforesaid decision of the Government on Overtime Allowance across all the Ministries / Departments and attached and subordinate office of the Government of India. The following definition shall be used to define Operational Staff. “All non-ministerial non-gazetted Central Government servants directly involved in smooth operation of the office including those tasked with operation of some electrical or mechanical equipment.”

5. The grant of OTA may be linked to biometric attendance subject to the conditions mentioned below.

a) OTA should be paid only when his/ her senior officer directs the concerned employee(s) in writing for staying back in office to attend urgent nature of work.
b) The OTA will be calculated on the basis of biometric attendance.
c) The OTA for Staff Car Drivers should be linked with biometric system as normally, the designated parking is allotted in the office building. However, in cases where the parking lot is provided far from office, the Staff Car Driver would mark his/ her attendance while leaving from his office and a grace time of not exceeding 2 hours should be allowed to cover the distance travelled after leaving office, including the time to drop the officer and then reaching the parking lot. In such cases, calculation can be done from log books, duly verified by the officer concerned.
d) The OTA to field officials should be calculated on the basis of biometric attendance, as normally, such officers are given facility of official transport to attend the field work. Such officers are supposed to report in office before proceeding to field. In cases, where officials are required to attend the field work directly from home, they may be extended facility of official transport from home in lieu of transport allowance and OTA may be given on the basis of the log book of that vehicle, duly verified by their senior officers.

6. Since, the Government has decided not to revise the rates of OTA, the rates as prescribed in this Department’s OM dated 19th March, 1991 for Office Staff, Staff Car Drivers and Operative Staff will continue to operate subject to their fulfillment of the above conditions.

7. All the existing instructions, except “to the extent superseded by this O.M., will continue to remain in force.

8. These instructions will be applicable with effect from 01 July, 2017.

9. In so far as persons serving in the Indian Audit and Accounts Department are concerned,
these instructions are being issued after consultation with the Comptroller & Auditor General of India.

10. Hindi version will follow.
sd/-
(Pramod Kumar Jaiswal)
Under Secretary to the Government of Indi
VIEW THE ORDER IN HINDI
Posted by AIPEU Group-C, Odisha at Wednesday, June 27, 2018 No comments: