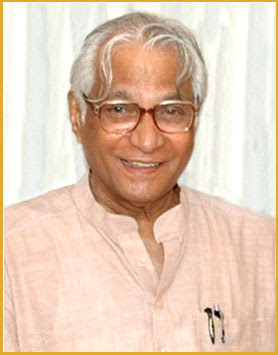 George Fernandes, a multi-faceted personality,a trade unionist, an outstanding parliamentarian, a long time socialist despite his political adventurism that included Cabinet posts in two ideological opposite governments expired on 29.01.2019 . He was suffering from Alzheimer's disease, which had forced him out of the public eye for several years, and had recently contracted swine flu . He was 88.

Fernandes, who was born to a Christian family in Mangalore, Karnataka, burst into national limelight when as a firebrand trade unionist in Mumbai he organised a Railways strike in 1974 that brought the country to a standstill. Ironically, he became the Railways minister in 1989 under V.P. Singh's National Front coalition government, comprising mostly Left leaning parties.

Despite being a staunch critic of the RSS, Fernandes joined the BJP-led NDA government under Prime Minister Atal Bihari Vajpayee in 1998 and 1999, in which he was appointed the defense minister. Under his stewardship India fought the Kargil war in 1999. It was also during his tenure that India conducted nuclear test at Pokhran in 1998.

He was also the Industry Minister under the Janata Party government which had defeated former Prime Minster Indira Gandhi in 1977. Soon he was at loggerheads with industrialists and slapped foreign exchange violation charges against Coca-Cola and IBM, which forced them to shut down their operations and quit India.

The National Federation of Postal Employees, Odisha pays its respectful homage to the departed leader.