Financial Inclusion Will Be Marketed By India Post Payments Bank


Manoj Sinha, the Communications Minister, this week claimed that the government is operating on setting up 650 outlets for India Post Payments Bank to make easy the financial enclosure, and revealed 2 new schemes by the postal division.

“We will be opening almost 650 outlets for India Post Payments Bank all over India. Two, namely in Ranchi and Raipur, have already commenced. The goal is that via 650 banks for post payments, we can force financial enclosure in 1.55 Lakh rural areas,” Sinha claimed to the media. 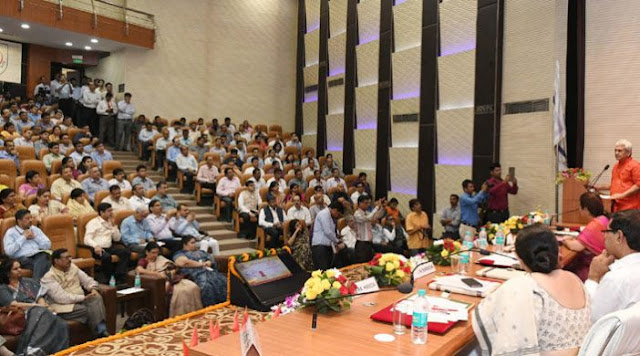 Sinha urged the postal workers to carry on reorienting themselves with disruptions and technological changes in order to drive innovative schemes to users, all the while keeping the communal values.

“Given the disruptions and with the approach technology is changing, it is fine to connect yourself with tech but values of department too have to be preserved, and that is the largest defy,” he claimed pointing out the long past of postal services in India, specifically the importance of the postman in rural area of the country.

The minister who was talking at an occasion to memorialize National Postal Week also declared 2 new schemes namely e-IPO (Indian Postal Order) and International Tracked Packet Service. The e-IPO was rolled out in denominations of Rs 50, Rs 20, and Rs 100 and now can be employed for educational institutions for fee payment and other causes. Previously, e-IPO of Rs 10 might be utilized only for RTI purposes.

The e-IPO has been launched out as a lead project in Delhi, Bihar, and Karnataka and is anticipated to be rolled out in the whole nation in the upcoming 2 Months. “Users can obtain e-IPO online from workplace or home of their own, as per their convenience. This roll out is a fraction of Digital India proposal since the transaction will be made via credit card, debit card, and net banking,” claimed Department of Post to the media in a statement.

The minister claimed that the postal department of India has undergone a huge change over the time, be it core banking, inter-operability of ATMs, or Aadhaar enrolment and providing of Passport Seva.
Source : http://columnistnews.com/
Posted by AIPEU Group-C, Odisha at Friday, October 27, 2017