A historic and proud moment for NFPE, Odisha

Comrades,
You would be happy to know that the Hon'ble Supreme Court has given a historical judgment in Civil Appeal No. (S) 1394/2011 in case of Loman Francis and Ors versus GOI and Ors, ordered on dtd. 22.3.2018.

The matter is that Loman Francis with 12 other ED substitutes worked in Cuttack RMS were ordered by the Hon'ble CAT Cuttack Bench to be taken into consideration for appointment as EDMM with other candidates sponsored by the employment exchange and be given preference. Accordingly, the HRO RMS N Division, Cuttack selected them and given appointment letter on 19.11.1997.The 13 selected candidates joined as EDMM on 19.11.1997,20.11.1997,and 22.11.1997 respectively. But subsequently on review of the case and as per orders of Circle Office, the SSRM N Dn Cuttack  issued order on 10.12.1997 declaring the appointment order of HRO N Dn Cuttack as "Null and Void"  without giving any show cause notice or proper opportunity to the individuals for their mistakes if any.

Being aggrieved with the order, the 13 victims  took the shelter before the Hon'ble CAT Cuttack bench and brought a stay order. But they were defeated in CAT as CAT has overlooked the lapses of administration.

Being aggrieved with the orders of CAT, they went to Odisha High Court  and brought a stay in the year 2004.But unfortunately, the Hon'ble OHC also upheld the orders of Hon'ble CAT and over looked the natural justice for which the poor and innocent 13 GDS MMs filed a civil appeal before the Hon'ble Supreme Court in April, 2008 and brought a stay on 22.4.2008 and were continuing as GDS MM, but are deprived from their officiating arrangement on daily wage basis in MTS and from their due promotions to MTS Cadre as well, when their juniors were allowed and promoted to the Cadre of MTS despite their repeated representations to the DPS / CPMG to consider subject to finalization of court case. But their prayer was turned down and they continued as GDS till date. They are mentally and financially put into trouble by the Circle and Dvl administration since 19.11.1997 for their no fault but are suffering for the fault of the above offices.

At last, they won in their race and the orders of Respondents No. 3 / 4 i. e.C O and SSRM, CAT as well as Odisha High Court are set aside and the appeal is disposed of on 22.3.2018 by the Hon'ble Apex Court. With them, the Hon'ble court has also ordered to consider the case of 6 intervenors (5-10)  and to regularize their services as they are continuing as were since 1982/1983 within a period of six months from the date of order by the Hon'ble S C. The 13 candidates are backed by our Dvl unions and Circle unions and strongly supported by the leaders of the then and after their retirements as well. Our union (NFPE) was in strong confidence to win in the case and finally won. This is the victory of not only 13 GDS but also the great victory of our union and of late Com. Joginath Jena, who was HRO Cuttack then and issued appointment letter, who was our strong union office bearer of circle/Dvn as well. Above all we all are under the sweet blessings of Com. Banshidhar Mohanty (Budha'pa) and are blessed.

Comrades, this is nothing but a strong  experience  that sincerely if you will fight for anything with strong will and confidence against any injustice, then you will win finally. Victory will come automatically to you.   All should think that this is victory of NFPE. We are winning one after one and will win also against the injustice and unlawful orders of the administration. Be united and fight unitedly and keep unity  without paying to any hearsay or conspiracy. 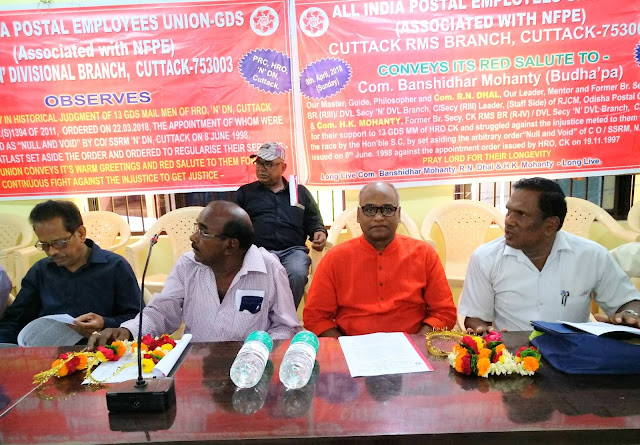 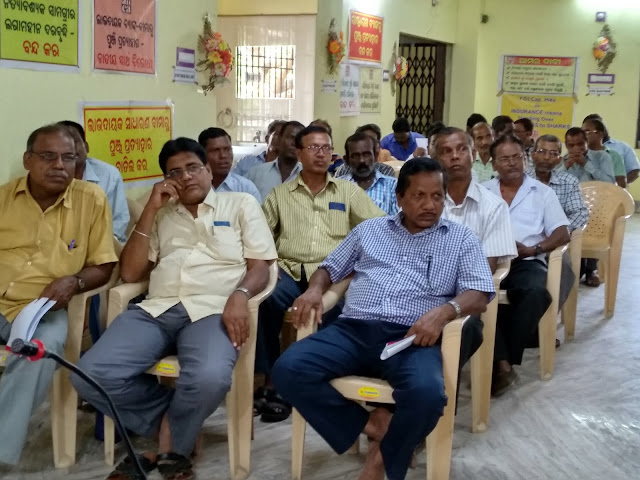 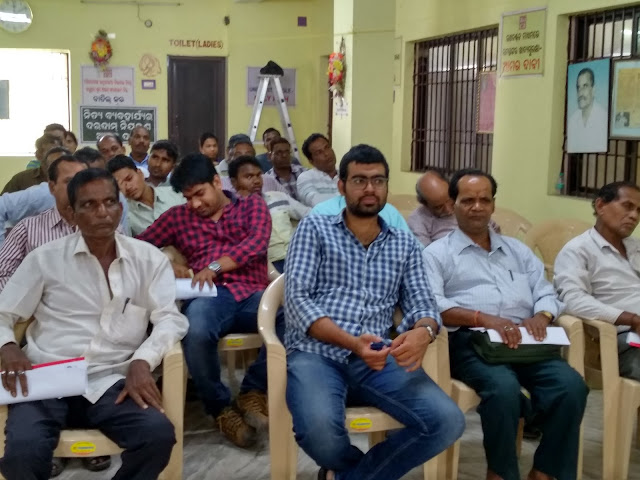 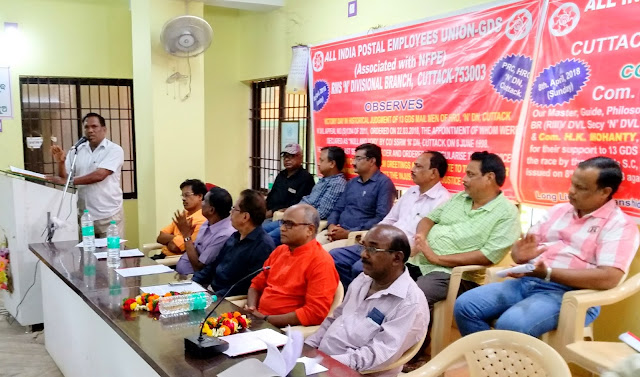 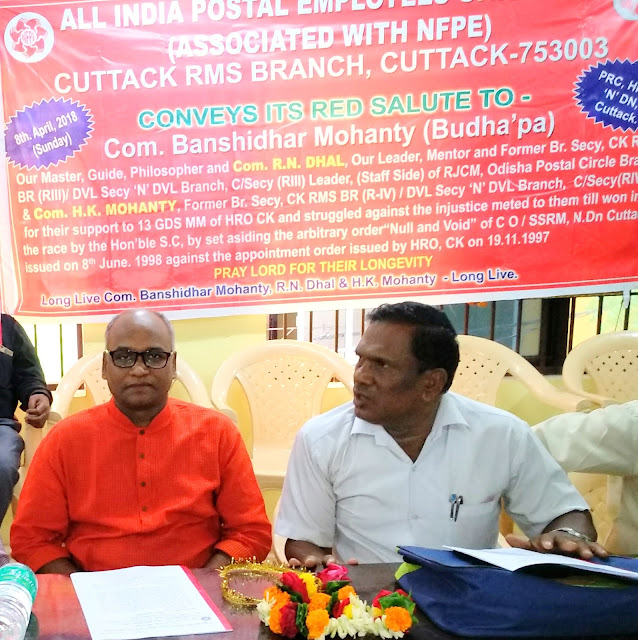 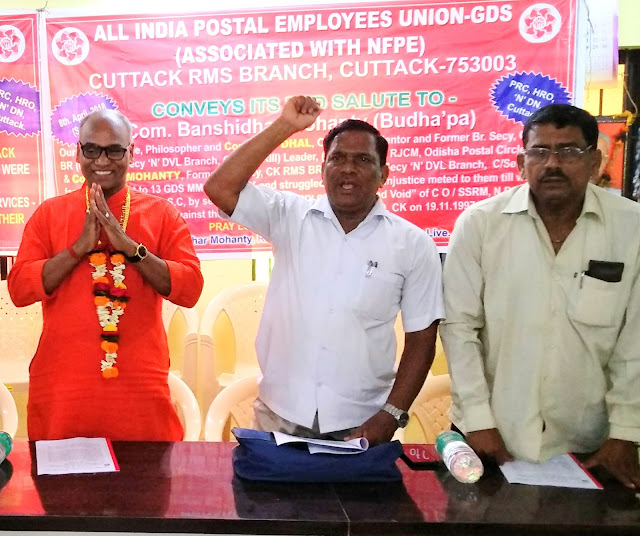 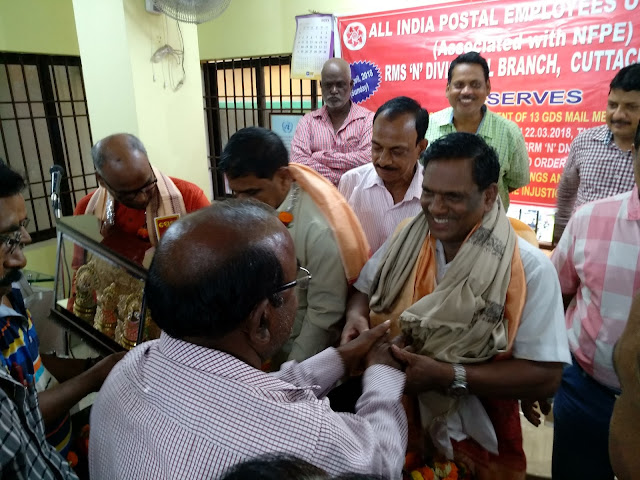 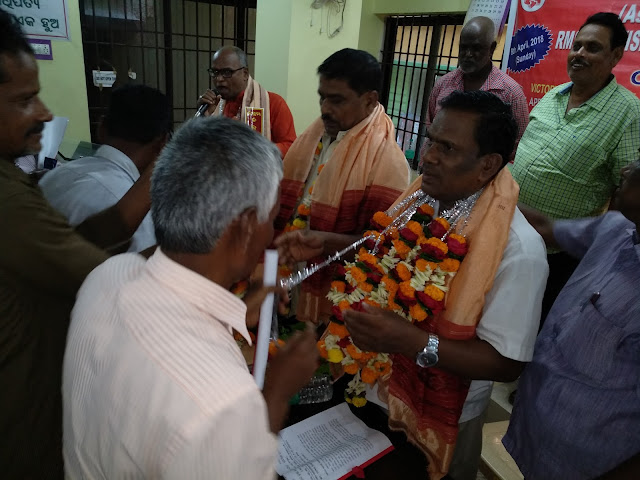 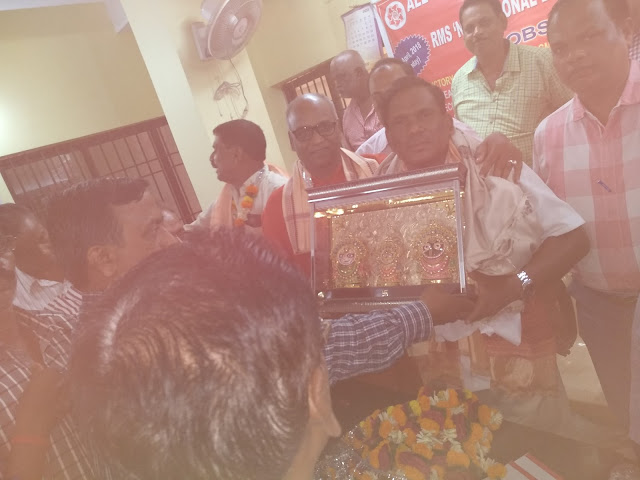 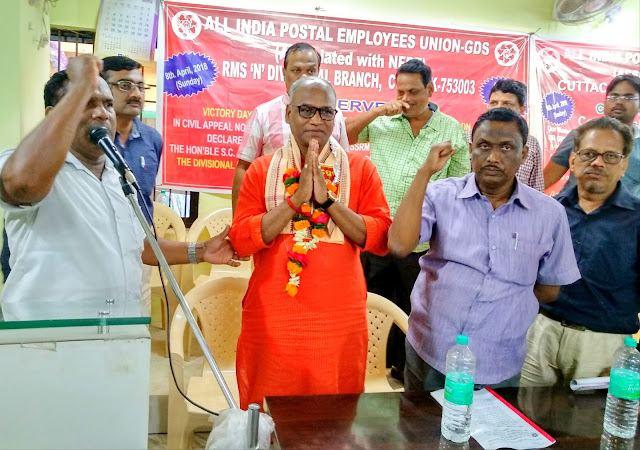 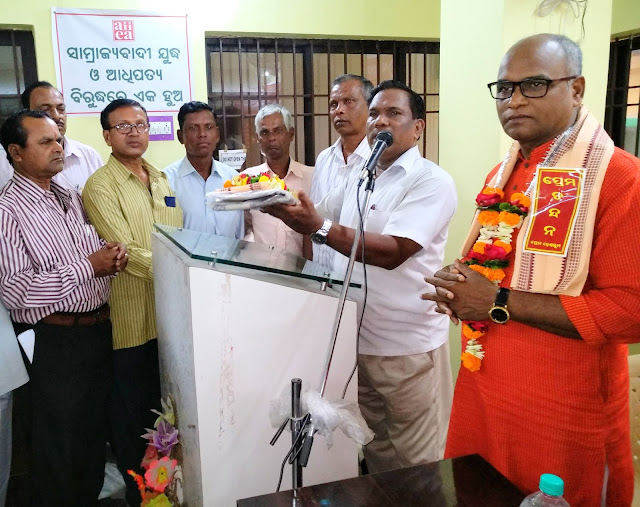 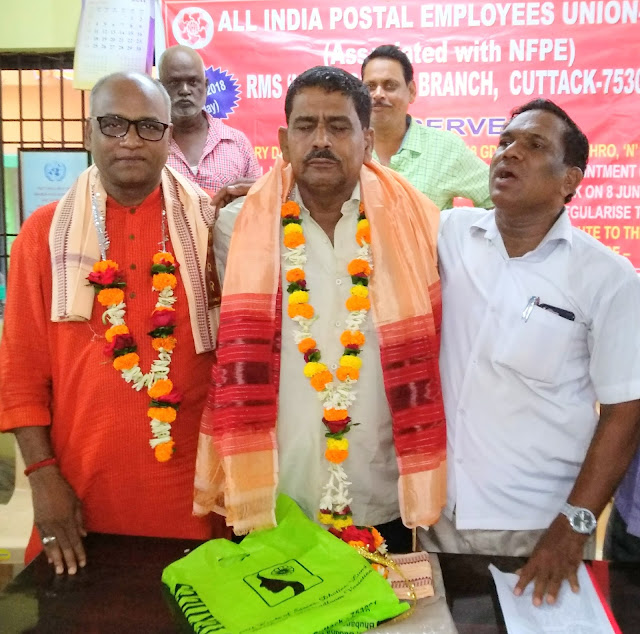