Ten Central Trade Unions (other than BMS) has decided to organize a National Convention of workers on 8th August 2017 at Talkatora Stadium New Delhi from 11 AM onwards to discuss and decide the course of joint campaign and country wide united struggle against the anti-worker and anti-people policies of the Central Government. The Joint Circular issued by the Central Trade Unions is published below. Confederation of central Govt. Employees and Workers being a part of the mainstream of the working class has always joined the campaign and struggle programmes of Central TUs.

All the office bearers of affiliated organisations of Confederation are requested to attend the National Convention and make it a grans success. 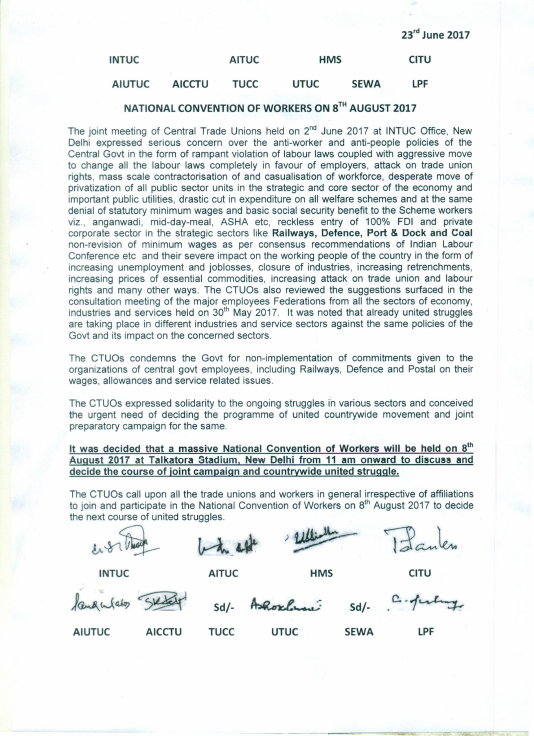