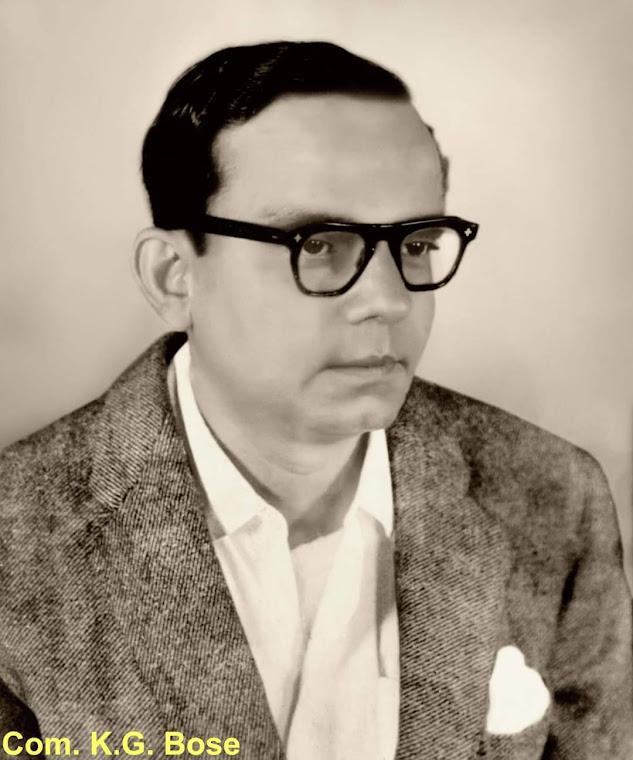 11th December 2020 is the 46th death anniversary of Com. K.G. Bose, the dynamic leader of the P and T and Central Government Employees. He was a former President of NFPTE as also former President of All India Postal Employees Union Class III. He was elected as an M.L.A. of W. Bengal Assembly and appointed as a Member of the Pay Commission for State Government Employees.
Comrade K.G.Bose was one of the most inspiring leaders in the Central Government and P&T Employees’ Movement. His specialty rests on the fact that he never hesitated to take up the ideological fight against any wrong concepts in the movement. He strived to organize the P&T masses in the struggle line in order to achieve many impossible things. In fact it was K.G.Bose among some top leaders of eastern India who successfully campaigned amongst the Group C employees to join the strike call issued by Comrade Dalvi for the historic 20 days Postman Strike in 1946. When the other employees of the P&T were simply watching the nationwide strike of Postman and Group D, in the eastern parts of the country including West Bengal the entire movement of P&T rallied to make the strike a united one.
The role played by Comrade K.G.Bose in that endeavour speaks volumes about his caliber. Later when the “12th July movement” was founded to launch the united movement of Central and State Government and all Public Sector and Private Sector employees in West Bengal by some leading pioneers of trade union movement, we could find Comrade K.G.Bose in the lead. His beautiful arguments before the Third Central Pay Commission highlighting our issues can never be forgotten. His sagacity and in-depth knowledge were the prime reasons when he was appointed later as the Pay Commission Chairman by the West Bengal Government!
Comrade K.G.Bose started his career as a P&T employee and in fact he was the first Employee Leader to be elected to the highest post of “President” of NFPTE in 1969 in the Vijayawada Federal Council defeating a sitting member of Parliament! Along with Comrade A.S.Rajan of Tamilnadu he established that the P&T movement could be led by P&T workers themselves.
Comrade K.G.Bose will be ever remembered by the movement for his dedicated role to defend the trade union democracy in a very big movement like the NFPTE at a time when the organization met with a vertical split. Braving the attacks of the Government he toured the length and breadth of the country to influence thousands of trade union workers to stand upright and fight for trade union democracy. The movement was really unlucky to lose such a leader very quickly to the nature at his age of 54 when Comrade K.G.Bose was affected by cancer. He lost his life in the year 1974 after an unsuccessful medical treatment in a London Hospital.
His words “We cannot be a party to any proposal which may be considered as surrender of the principled stand by the common workers” are greater than any valuables in our life. His doctrine, his quotes, his life – all are lessons to every honest trade union worker for all times to come. His one of the famous quotes “Unite Organizationally; Fight Ideologically; and function Democratically” is reverberating in our ears even today. It was Comrade K.G.Bose who taught us that Organization is very important for us but Democracy is far more important in that organization while we don’t hesitate fights on ideological grounds without breaking the organization and the unity of workers.
Golden advice from a golden leader Comrade K.G.Da!
Let us remember Comrade K.G.Bose and take a vow that we shall follow all his advices on our Organization  and stand for the unity of the  entirety of the working class of India and World!
Long live Comrade K.G.Bose in our memory! Long live Comrade K.G.Bose in the history of P&T and CG Employees movement!