During the Covid-19 pandemic postal workers have played an important role in keeping local communities connected, but one worker this year took her role one step further. 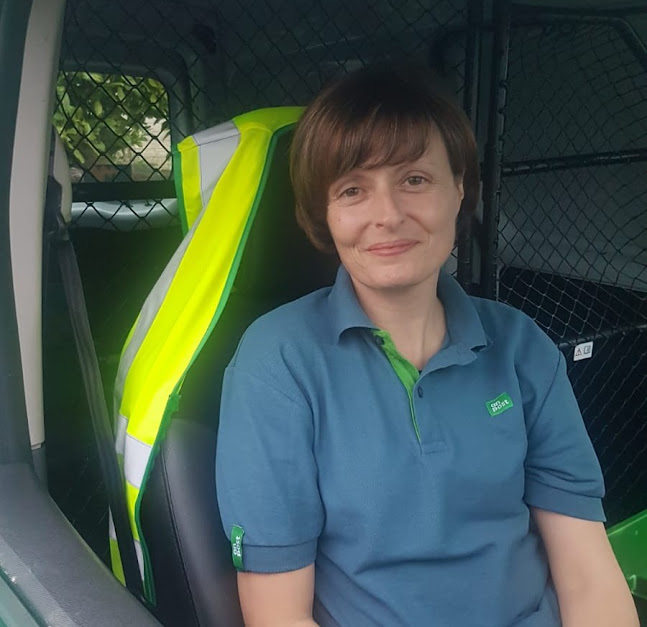 In November 2020, An Post’s Catherine Farrell, a postwoman in County Cavan, Ireland, was selected as one of the country’s ‘Inspirational Heroes’ as part of a competition hosted by Gala Retail and Virgin Media. Farrell, who has been with An Post for 17 years, worked hard throughout the Covid-19 pandemic to bring joy and laughter to many local homes. But it was an event on Tuesday June 11, 2019 that really made her stand out. While out on delivery, she saved the life of an elderly customer being savaged by a dog. Without her intervention, the man would have almost certainly died. “When I arrived at the house of Jimmy Thompson he was on the ground and a dog was viciously attacking him,” she explains. “I could tell instantly that an artery had been severed and I knew I had to act quickly before he bled to death.” It was Farrell’s quick thinking that helped save Thompson’s life. “A neighbour was also there to help. I told him to grab a big stick. I used my green delivery tray as a shield and got close to Jimmy. I then swung it at the dog and the neighbour did the same with the stick. Eventually the dog let go and we quickly got Jimmy back into his house and called the emergency services.” Thompson had been making his way back to his home after checking on his cattle when the attack happened. “Once in his house I put pressure on the wound until help arrived. Jimmy was airlifted to hospital where he spent seven months and had 13 operations. Thankfully he is back home now.” Farrell believes responding to the incident in the way she did was “all in a day’s work” and is a modest hero. “I would’ve died that day to save that man’s life – by whatever means possible, I was going to get that dog off that man,” she says. “To be honest, I look at Jimmy as the real hero. I see him every day now, walking up his path and that makes me very happy.” The dog attack incident wasn’t the first time Farrell played a part in saving someone’s life. Earlier in 2019 she helped a man out of a vehicle after it had skidded off the road in icy conditions and landed in a ditch. Farrell is a key part of her community and supports residents in any way she can. “Being a postal worker is not just about delivering mail, it’s also about being there for everyone – both young and old,” she says. “I often take a few seconds out of my day to check in on people to see if there is anything they need. I help elderly customers write cards, post mail or with their washing. “During Covid-19 I found that my role in the community became more important,” she continues. “I helped people by buying them milk and bread when they couldn’t get to the shops, for example. I get such a boost from helping people, because whatever I do for them I get back in leaps and bounds. I have received care packages during Covid-19 and notes thanking me for everything I am doing.  “Some of my customers are very lonely and when I leave them I realise that they probably won’t see another person until I come back the next day. Therefore, it’s important for me to check they are okay. It gives me a boost to know they are safe and well,” she concludes.