Dated at Bhubaneswar the 3rd February, 2022

This has a reference to the above letter of the Directorate on the captioned subject the contents of which are self-explanatory.

In this context, our observation is that many Circles have already created the posts under the Cadre Restructuring proposal as admitted by the Directorate. Odisha Circle is one of them which first implemented the proposal entertaining all the posts to its sanctioned strength. Now as per the guidelines issued vide letter dated 03.02.2022, if the number of posts will be restricted to the availability of the eligible candidates, the scope of frequent upgradation / downgradation of posts at the sweet will of the local administration will be ceased. Undoubtedly, it will be beneficial only to the LSG Cadre and many young employees will be promoted to LSG Cadre soon with minimum years of service.

Illustratively, in Odisha Circle the available working strength in both HSG-I and HSG-II cadre is 72 only against sanctioned strength of 306 (HSG-I =114 and HSG-II = 192). Thus, the next DPC will promote 234 (306 – 72) eligible PAs more to LSG cadre excluding the existing vacancy in the cadre. Thus, there will a possibility of accommodating such promoted officials in the parent Division against the downgraded posts of HSG-II and HSG-I.

Consequent upon implementation of the order dated 03.02.2022, the sanctioned strength in HSG-II and HSG-I cadre including HSG-I NFG will be limited to the working strength only till availability of eligible candidates for promotion to next cadre. It may take at least 6 and 11 years to arrive at full sanctioned strength of HSG-II and HSG-I respectively which may not be considered appropriate when another Cadre Restructuring has become due by the time. Except onetime absorption in HSG-II and HSG-I cadre, there is no other solution which may be taken upon with every seriousness.

Secondly, both the existing regular HSG-I and HSG-II officials who are being adjusted presently in the parent Division against the vacancies created due to death, retirement or during rotational transfer with immediate upgradation of the posts in the respective cadres, will now be forced to go outside the Division with TA/TP which may cause difficulty both to such employees and to the Department. We apprehend a contradictory position during the ensuing rotational transfer when outstation transfer has been ordered to be restricted vide Directorate letter No.X-12/1/2019-SPN-II-Part (I), dated 28.01.2022.

As such, it is requested to ascertain the situation of all other Circles immediately and suggest Directorate suitably for wise implementation of its order dated 03.02.2022 referred to above so that no official is forced to suffer and everybody gets the benefit out of it. 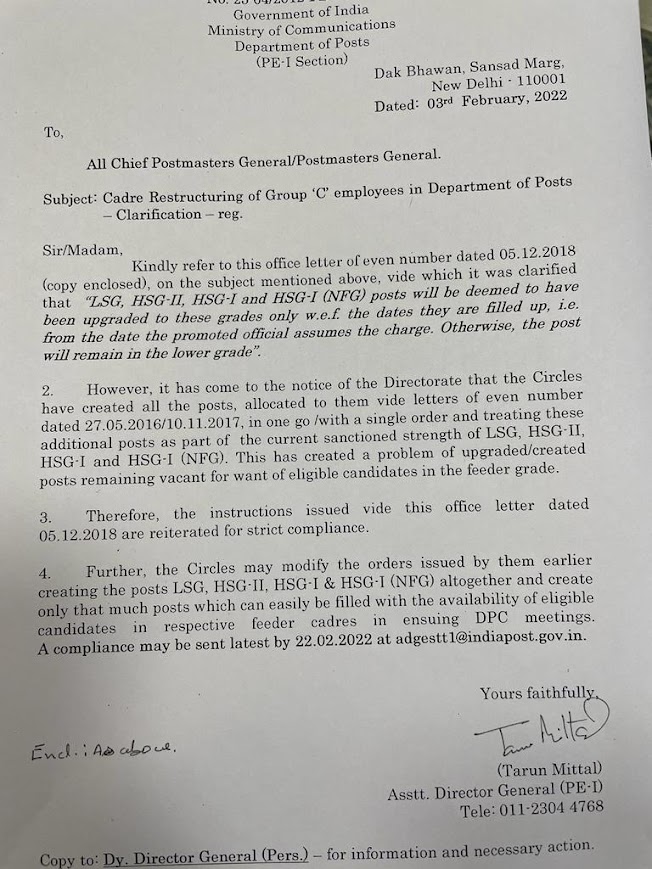 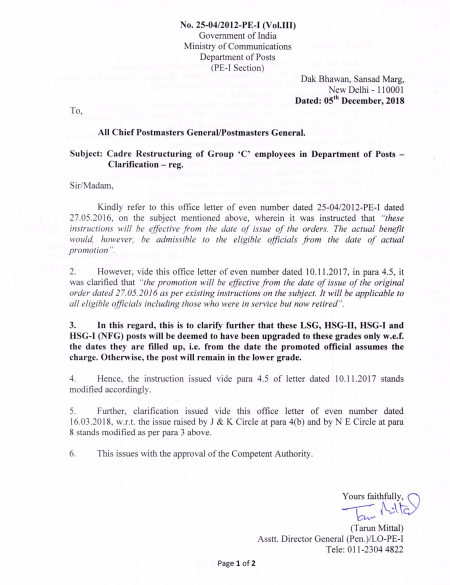 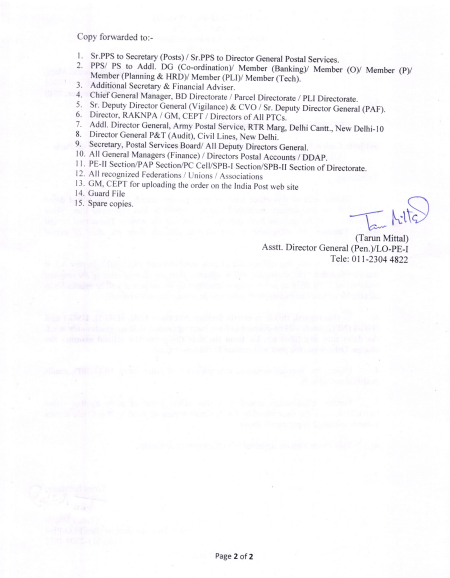