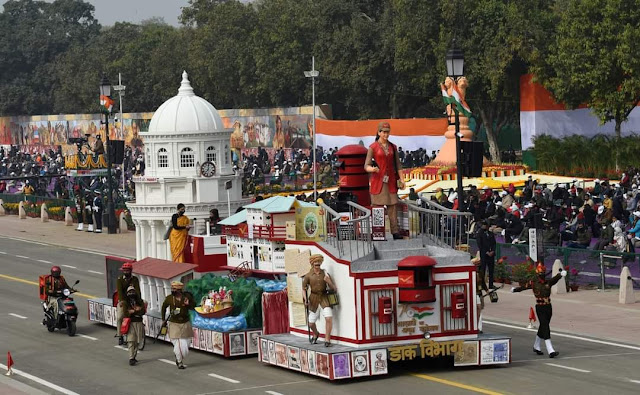 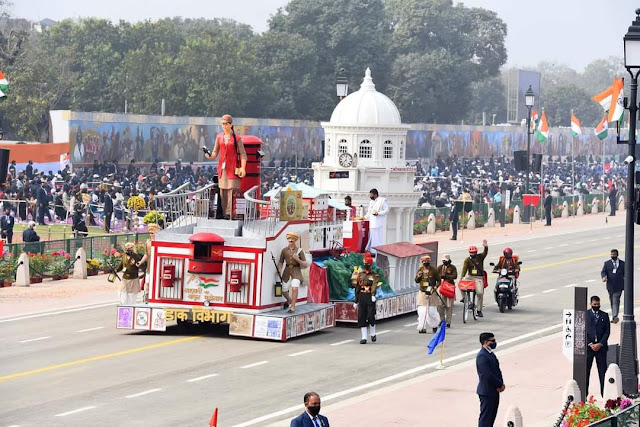 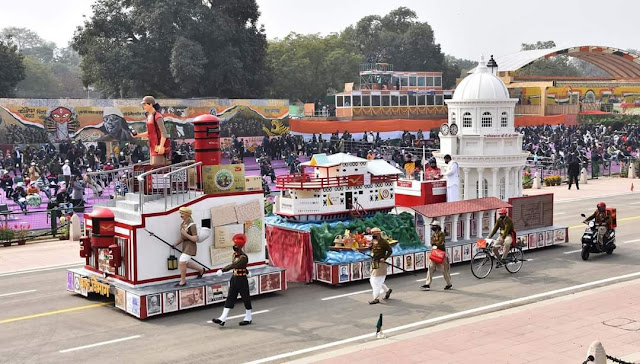 On the magnanimous occasion of India’s 73rd Republic Day, India Post showcased its service to the nation, with a focus on women empowerment, through its uniquely designed thematic Tableau.  Ms. Swati Pandey, Postmaster General , Mumbai led the float of India Post.

As the nation celebrates ‘Azadi Ka Amrit Mahotsav’, India Post has attempted to reaffirm its commitment towards women empowerment both within the organization and serving vast number of customers through its Post Offices. Nearly 50% of account holders of India Post Payments Bank as well as Post Office Savings Bank are women. The Tableaux has been conceptualized and designed under the guidance of the Secretary of Posts, Shri Vineet Pandey, by Postmaster General, Mumbai Region, Ms Swati Pandey, who herself epitomizes woman empowerment and immense strength. Ms Pandey has been traveling to Delhi numerous times in the last few months to implement her creative inputs in the tableaux and toiling hard to make it flawlessly perfect.

In the front of the two parts tableau is a young post woman with a digital device in one hand and a postman’s bag in the other, thus conveying the message of blending technology with tradition. Standing tall beside her is the ubiquitous red-letter box that reflects people’s unabated faith in India Post, over the 167 years. The image of the post woman is juxtaposed with that of the Harkara – the Dak messenger or runner of yesteryears - on high relief projecting the transition of India Post over the decades. Also displayed are India Post Services like speed post, e-commerce, ATM Cards etc. which are trusted by millions of customers. The ramp leading up to the Post Office cannot be missed, portraying the social commitment of India Post for the disabled.

The trailer features the Floating Post Office of Srinagar with emphasis on the ‘Sukanya Samriddhi Yojana’ a scheme under the Government of India’s ‘Beti Bachao, Beti Padhao’ campaign. The Floating Post Office of Srinagar on the Dal Lake, besides serving the customers, is an important tourist attraction, often visited by travelers, just to send a post card to their families or friends from such unique destination. The All Women Post Office showcases India Post’s resolve and a step towards gender equality. The 3D images of the post office counters where we see women officials rendering multifarious service to the customers such as Aadhar enrolment as well as Postal ATM Counters. At the rear is the Kolkata GPO, a proud witness to the journey of India Post and one of the iconic heritage buildings of India. The beauty of the tableaux lies in its foot soldiers who are real-life postmen / post women from different parts of India. They stand symbolic to the transition of India Post from the harkaras to the postmen on bicycles and now on e-bikes.

Added to it is the anthem of India Post “Aaya aapka Daakiya” that has been sung by eminent Mumbai based rock singer Tirthankar Poddar.