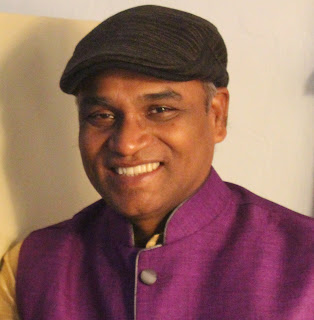 Since November, 2016, a Whatsapp Group titled “Bhubaneswar Postal Division” has been created. Though the Group Administrator has also added my number, I hardly get any time to watch and register my comments / suggestions. Seeing thousands of unread messages pending, I got interested one day to enter into the group. What I observed, though many have been added, a handful of members are regularly posting / uploading various messages / images / videos and registering their comments / suggestions.

As seen, this group has included the postal employees of Bhubaneswar Division including the SSPOs. Evidently, the purpose is to share information relating to India Post and to aware the group members about the day to day developments happening in the Department. I am happy that this is maintained to some extent by few members. Another important thing I witnessed that at times there are strong arguments and counter arguments on specific issues amongst some members making understand who’s who. When we are all in a transition, such group will go a long way in clarifying our several doubts as are being done by few members on Finacle and McCamish. Certainly an appreciable job.

But simultaneously, I am shocked to notice that some irrelevant videos, images, messages are posted in the group in contrary to its purpose. Generally speaking, while the very purpose of such social media is to share the views of the group members on a particular issue which suits the purpose and title of the group, some members are going beyond that which may not be correct and appreciable if we are actually interested to satisfy the purpose for which the group has been created. I’m not particularizing anybody or any video/image/message. The group members can well understand.

Secondly, I am surprised to witness some authoritarian messages which are not at all acceptable on such a social media. It remains good so far it is limited to sharing of knowledge and information. The Group Administrator did not think it appropriate to obtain the consent of the key members briefing them about the rules and aim of creating the Group before adding them. Some members are in the group by courtesy or because they feel they can’t afford to decline the invitation since created by their authority. A suitable time has not been chosen to participate the conversation since the Group Administrator can not disturb the members 24x7. It is seen that maximum postings containing private and irrelevant messages are being done during the office hours. While initially some messages were being shared with request and appeal, now a smell of authoritarian attitude is coming from such messages. The members are being directed for execution of EoD, updation of delivery data, settlement of web complaints and many other things. Time will come when the key members who are too much prompted now to remain alive with their comments/suggestions using their personal smart phones and spending from their own pockets towards mobile data package may be charge-sheeted for not attending / responding to such messages in future.

Do you think that it does sound odd and my apprehensions are baseless?

Here, I would like to share with you all one bitter incident experienced in the recent past personally by me without any intention of discouraging or hurting anybody in any manner. Just I am narrating a fact in which I am involved.

For making a data base of the staff members, few years back our Division Office collected the personal mobile numbers of each individual employees. We also did provide. Subsequently, one more step was forwarded with addition of many other personal information for creation of IDs for Finacle and McCamish. What I observed, thereafter, our staff members received direct calls from the authorities for deputation etc. without the knowledge of the concerned controlling authorities. It became very much harassing when the P A told his Postmaster that he has been directed by Division Office to be relieved on deputation. Without the knowledge of the Postmasters, official information was seen to be passed. Our members became very much delighted to get a call directly from their boss. Who cares the Postmaster when he/she is closed to the appointing authority who knows him/her by name with so many personal information? Really, what a great feeling! When the members are satisfied and delighted, there is no occasion to react in any manner.

Days passed on. Demonetization came. Daily statements were collected over phone. Avoiding the office landline number, the dealing assistant used his/her personal mobile number to obtain required information from the SPM/APM/Postmasters. One day ( on the 3rd day of demonetization), one of our colleagues, who was dealing with such activities requested the dealing assistant not to disturb him over his personal mobile number and to ask the Postmaster for the required information in office land line number. But the dealing assistant collecting the information did not pay any attention to the request of the concerned APM who was struggling with defective counting machines and limited staff to count and detect crores of rupees collected and to finish the job as early as possible. Being disturbed frequently, the concerned APM refused to talk with the dealing assistant anymore on the issue. And when the day’s job was over, the APM submitted the required daily statement and left the office in late night as usual.

But unfortunately, on the very next day, the concerned APM received a letter from the Divisional Office to explain why disciplinary action would not be taken against him for misbehaving a lady employee over phone. The matter was brought to my notice. With due permission of the SSPOs, I met him and discussed the issue in the presence of both the dealing assistant and the APM in the chamber of the SSPOs. When I went through the representation of the dealing assistant, I was really surprised to note that as if the APM had committed the crime of harassment at workplace by denying her to talk over his personal mobile for official information. Oh my God!  Just imagine friends, what a serious allegation!

The main argument of the dealing assistant was that if the particular mobile number of the concerned APM was personal, then why he informed it to the Department for its use by the office. I feel as if we have committed a crime in sharing our mobile numbers with the Department in the days of digitization?

In the days of digitization since the mobile phone is a necessity, nobody was/is serious while sharing his/her personal mobile number with the Department.  But, misutilization or overutilization of our personal mobile numbers for official purposes is certainly inappreciable since not a single SPM / Postmaster has yet been provided either with any mobile phone of or there is any instruction from any corner to reimburse the mobile vouchers used for official purposes. Of course, we have nothing to say in case of officers/officials who have been supplied with mobile phones and reimbursed with mobile vouchers. There may be some compulsion. In the instant case, the administration before calling for an explanation from the APM did not think even once that the conversation was going on through personal mobiles and the alleged representation was only one-sided which was argued strongly by me and  the matter was seriously discussed in the presence of the SSPOs and closed then and there.

Though, I tried by best to convince both of them, the incident really hurt me a lot. I do apprehend, one day or other the matter may be serious and we may be trapped while playing  through such groups sharing our personal mobile numbers and be victimized.

In this connection, I do remind similar other compelling incidents happened earlier. You might have remembered, at the time of introduction of Project Arrow in 2008, when any office failed to send DET/Arrow Report due to server failure at the end of the day, direction was given to attend the nearby offices or even cyber café to send the report which was strongly objected. Now we are also witnessing such incidents for CBS Finacle / PLI McCamish during link failure. Our staff members are seen running from their own offices to nearby offices or even to CPCs for completing the day’s work including execution of EoD. I certainly fail to understand the mindset of our staff members why to leave the parent office in case of link/server failure and why not to react and write to set right the issues then and there with the help and interference of the administration and technical team. It is my responsibility to see that my office remains well equipped and up to date in every manner. Why shall I go outside for completing my own office works? Ask yourself once. Have you ever witnessed such activities to be performed by any other office/cadre? Then why do you?

When interacted with my colleagues, I have been replied often that nobody is paying any attention. The responsibility is seen to be shifted from Department to Infosys, from Infosys to Sify or sometimes from both to the Central Server / Data Centre etc. But how long this will go? After accepting an unruly work without objection, when you start reacting in subsequent phases, it is obvious that you will certainly be replied, “How did you perform on that day? You complete in the same way”. Today’s request becomes tomorrow’s demand.

When argued for such activities, I have often replied that If ‘A’ can complete his work attending nearby office(s), what is the harm in case of ‘B’?. Even, I have been questioned, ‘Why  are you howling when the officials are working silently without any objection?”

I should be very clear in this aspect that personally, I am not against any policy of the Govt./ Department that is being introduced for the betterment of the nation and its citizens. But certainly when, I am working in a vast platform, I have my moral responsibility to raise voice democratically against the policy offensives/deficiencies within the parameters of CCS (Conduct) Rules. It is evident that every policy has its own deficiency which will only be identified at the time of implementation. Unless the grass root level staff members bring the difficulties confronted by them at the implementation stage to the notice of the administration, probable solution will be very remote since administration often fails to realize the fact.

It is my India. It is my Govt. It is my India Post. I am committed for its development. I will do all such things to see it developed but not by supporting silently injustices done to me and covering the deficiencies, but making everybody aware for the purpose. I will never allow anybody to treat my silence as my weakness.

What I feel, you are the only right person to react against any deficiency noticed or injustice done to you. Please do understand. It is said that the silent supporters of injustice are the most dangerous criminals in the society. Please don’t allow anybody to translate his/her today’s request into a demand in future.
Posted by AIPEU Group-C, Odisha at Friday, June 30, 2017