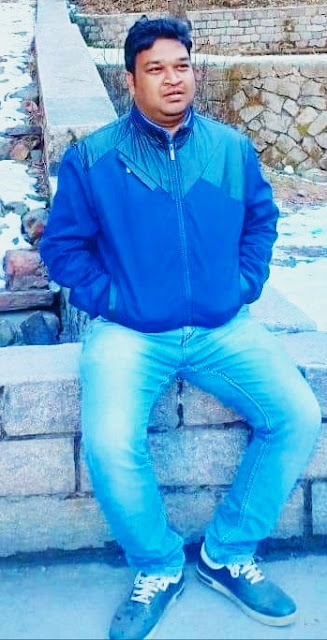 Mr Rohit Gulshan Panna, PA, Sunguda Sub Post Office under Cuttack City Division expired on 24.06.2019 at the age of 33 years while discharging his duties in his office due to cardiac arrest.

He is a native of  Rourkela and was unmarried. He is left with his aged parents (Father is a retired employee of Rourkela Steel Plant) and two brothers.

Soon after receipt of the message from Com. Bishnu Prasad Das, Divisional Secretary, AIPEU, Group-C, Cuttack City Division, the fact was brought to the kind notice of the Chief PMG, Odisha Circle with request for asking SSPOs, Cuttack City to send the body to his native place Rourkela which was acceded to.

As per latest information available, his body was handed over to the family members on 25.06.2019 by SCB Medical College and Hospital, Cuttack  after postmortem and the family members were given a sum of Rs.8500/- as conveyance charges in addition to admissible financial assistance by SSPOs, Cuttack City Division.

Today (25.06.2019) we got another sad news  that one MTS namely Alladin Marndi of Jaleswar HO passed away while on duty due to cardiac arrest at the age of 59.

Smt. Marndi had been appointed on compassionate ground after death of her husband. Now she is left with one married son and one unmarried college going daughter.

On behalf of NFPE, Odisha, we sincerely condole the sad demise of the above staff members.

May the departed souls rest in eternal peace.