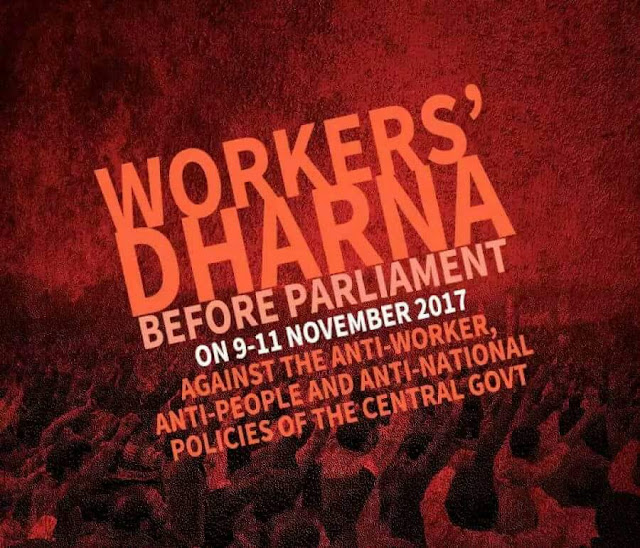 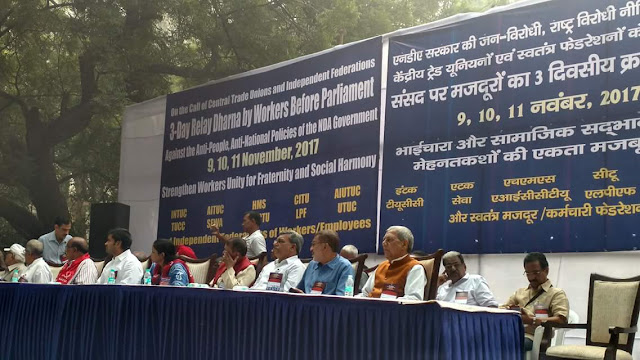 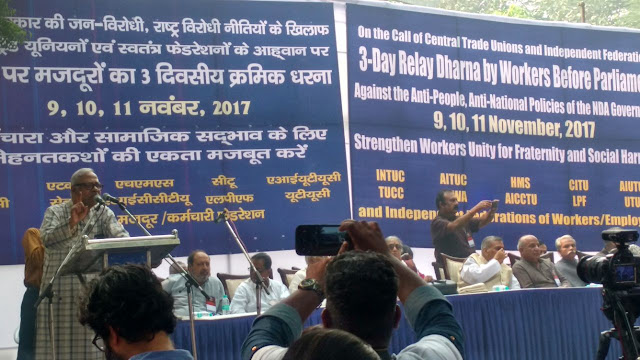 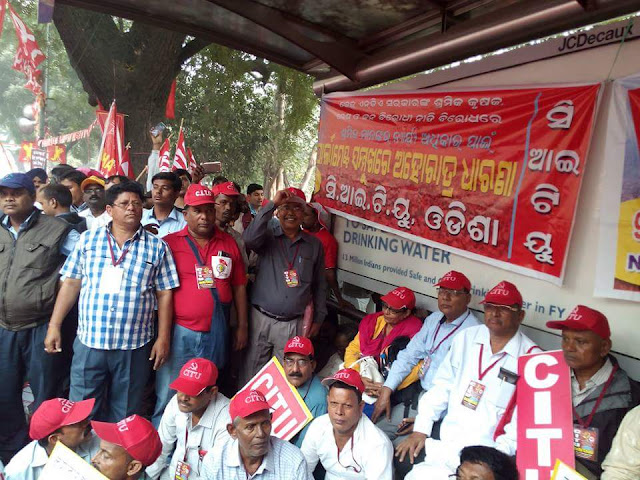 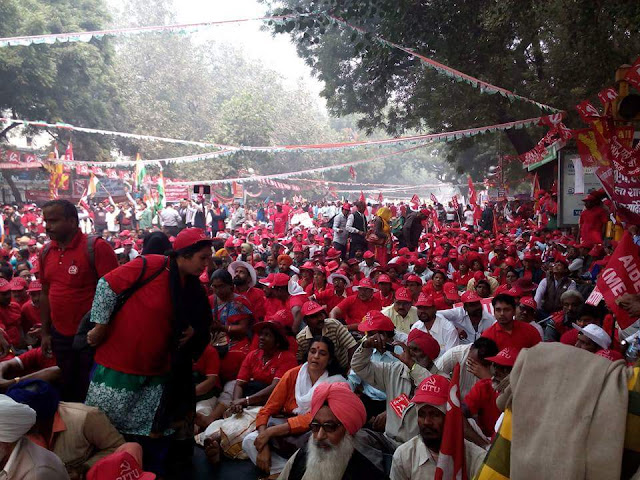 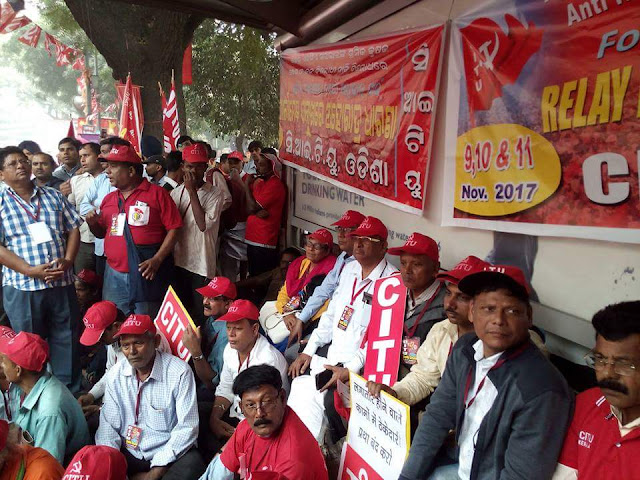 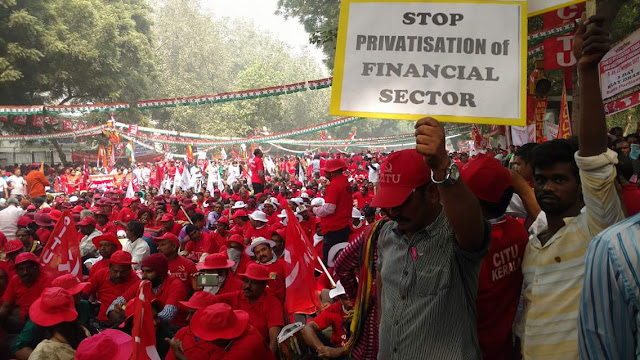 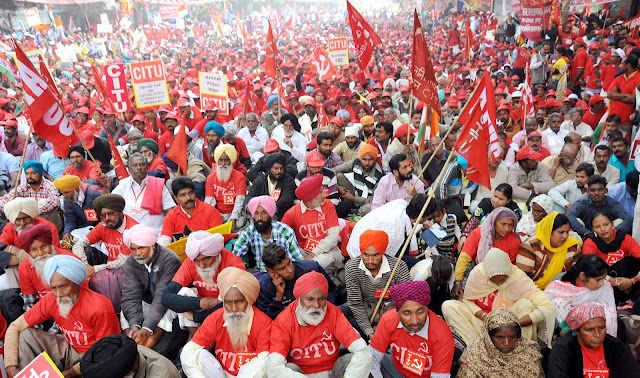 The thousands of workers who stormed the national capital and assembled at Parliament Street in the national capital Delhi, to participate in the first day of the three days ‘mahapadav’ on 9th November 2017 enthusiastically endorsed the call of the speakers to intensify the struggle against the anti worker, anti people and anti national policies of the BJP led government and prepare for a countrywide indefinite general strike if the government fails to concede their demands.

Workers from all over the country representing many sector - public and private, permanent employees and contract, casual workers, state and central government employees, banks, insurance, telecom, railways, defence, and the various schemes of the government of India participated in the ‘mahapadav’ on the first day.