The following is the first in a series of news stories from the Universal Postal Union looking at how LibanPost—Lebanon’s designated postal operator—responded to the deadly explosion on 4th August in Beirut that killed more than 200 people and left an estimated 300,000 people homeless.

Each personal story examines the terrible explosion from a different angle: victim and postal manager, consumer and CEO. Together, the articles provide a powerful example of how postal operators continue their work during times of crisis and tragedy. 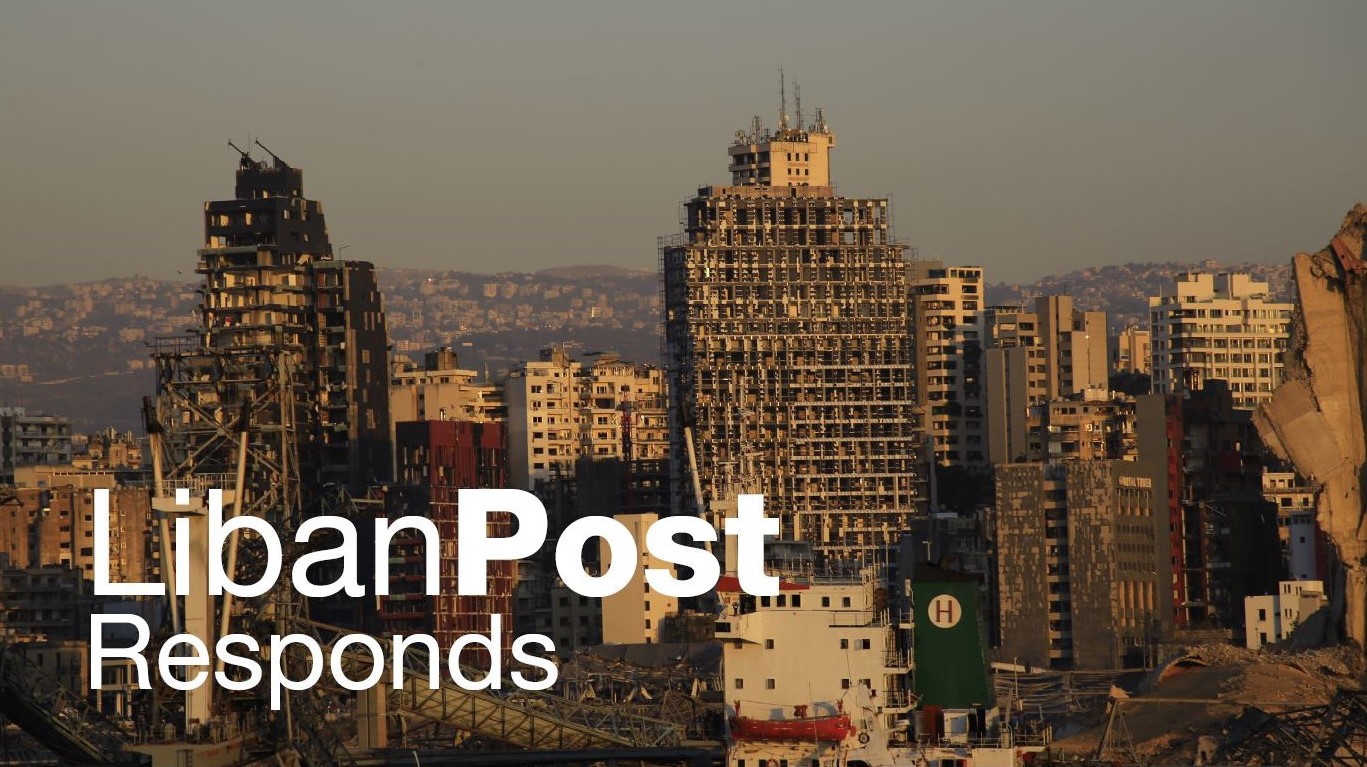 Leina Zeidan, the head of the Gemmayze branch in Beirut for LibanPost, has her son to thank for her life after the explosions that tore through Beirut on 4th August leaving her near to death.
Living less than 300 metres away from the blast site, Leina was standing on her 11th-floor balcony with her four-year-old son Ryan watching the fire at the port. Her husband, Kamal, was at work in his office next to the port.
“Suddenly I saw something rise in the air, and the sea rose, and something exploded. Ryan flew. He flew and then fell,” Leina said.  “The balconies all started collapsing below us. I could hear the balconies falling below us.”
The sound of the balconies on her building collapsing under her feet is the last thing Leina remembers before losing consciousness.
Sometime later Ryan woke his profusely bleeding mother up and begged her to go and check if his father was alive.
“I had grabbed a piece of cloth and had used it to tie Ryan to me, at the wrist. I tied him to me because I thought if I died, he’d be with me until they came and took me. If I didn’t die, I wouldn’t lose him.”
Leina described the ten-minute walk from their home to her husband’s office - barely conscious, her son had dragged her over dead bodies, the wounded and the rubble as she was bleeding onto the floor. Arriving at the office, Leina discovered that Kamal, her husband, had thankfully survived.
Three hospitals turned Leina away because they were so busy and her injuries were too severe to be treated quickly and easily.
It had taken a stranger in a passing car to see Ryan screaming for help, while tied to his dying mother laying on the side of the road, for them to get to the third hospital. The three of them had walked to the first two hospitals.
“There’s no hope for her; she’s lost a lot of blood and we don’t have emergency/urgent beds right now. We’re only treating people with easier cases,” doctors told Kamal at the third hospital.
“They put me on a stretcher and covered me up; they thought they’d cover me because I was going to… And my poor son was still tied to my wrist until my family arrived.”
Leina’s family arrived and managed to get her to a fourth hospital where she was operated on and provided with blood transfusions.
“My son saved my life and now he’s living with… so much fear,” Leina said in an interview six weeks on from the blast.
“If he finds that I’ve moved away from him ever so slightly, he immediately asks me, ‘Mama are you going to die?’”
The branch of LibanPost that Leina managed was among the most heavily damaged. She said she cannot bring herself to go back and see the damage.
Working for now in the LibanPost Headquarters while the Gemmayze branch is being fixed, Leina is slowly getting back to work.
“Thank god I have work,” she repeats again and again.

Being able to focus on work, she says, is the only thing that stops her from replaying the horrific scenes that unfolded in Beirut that day over and over in her head.

While the Gemmayze branch is still non-operational, Leina is helping another team. There is already senior management on that team, but she jumps at the opportunity to step in for them as soon as they leave the office - she's itching to get back to work, she says.

"Do I get upset? Of course I do. I lost the branch that I love, that I’ve worked at and come to run for 10 years, but I can’t help but thank God I wasn’t there, and thank God I had a job to come back to work."
By Abbie Cheeseman, freelance journalist, Beirut, Lebanon
Source : https://www.upu.int
Posted by AIPEU Group-C, Odisha at Thursday, September 24, 2020