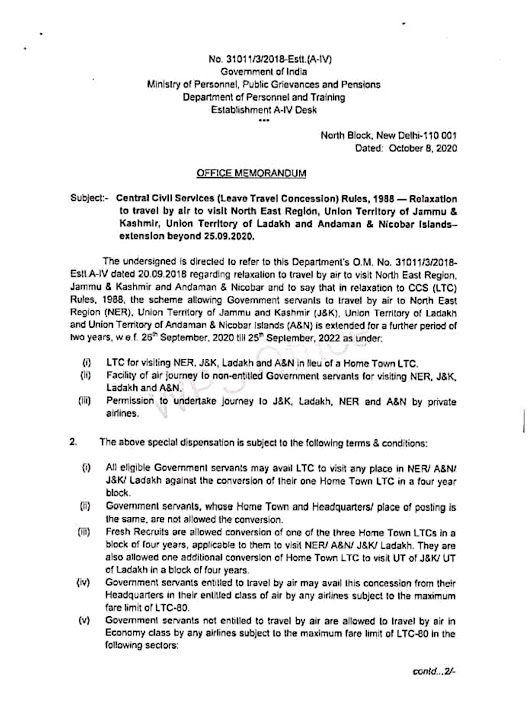 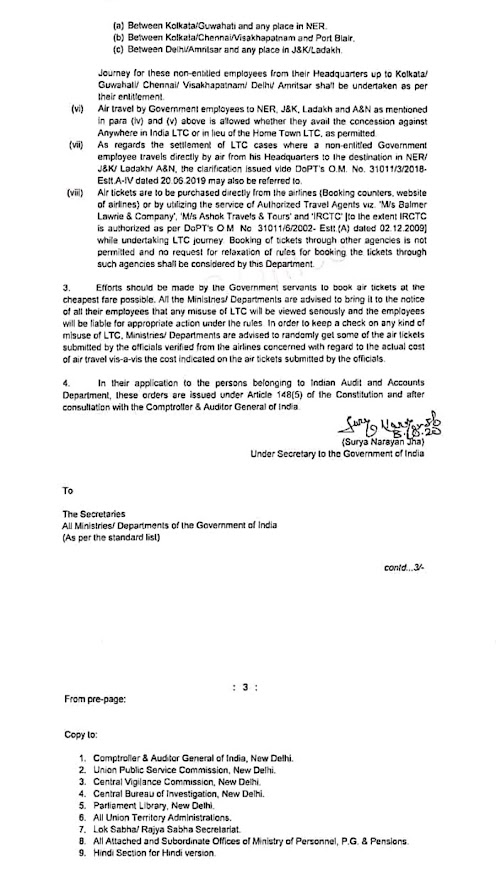 Travel relaxation has been extended up to 25th September 2022: Dr. Jitendra Singh

For ease of travel, employees can travel to these areas even by private Airlines

As a consequence, to this circular, Dr Jitendra Singh said that an entitled government official can avail LTC for visiting Jammu & Kashmir, North Eastern Region, Ladakh and Andaman & Nicobar in lieu of a hometown LTC.

In addition, the facility of Air journey to non-entitled government servants will be available for visiting Jammu & Kashmir, North Eastern Region, Ladakh and Andaman &Nicobar Islands. As a further convenience, ease of travel permission is also being granted to undertake journey to these areas by private Airlines, whereas normally a government servant is expected to travel by the state owned Air India, he added. Pertinent to mention that in relaxation to Central Civil Services (LTC) Rules 1988, the scheme allowing government servants to travel by Air to visit Union Territory of Jammu & Kashmir, Union Territory of Ladakh, the North Eastern States and Union Territory of Andaman & Nicobar Islands has been extended for a period of two years till 25th September 2022.

Describing this as a huge and an exclusive facility for the government employees, Dr Jitendra Singh said that all eligible government servants may avail LTC to visit Jammu & Kashmir or North East or any of these mentioned areas against the conversion of their one Home Town LTC in a four-year block. However, the government servants whose hometown and place of posting is the same, are not allowed this conversion. He said, such government servants who are not otherwise entitled to travel by Air will also be allowed to travel by Air, under the norms of this scheme, in Economy class by any Airlines, subject to the maximum fare limit of LTC-80 scheme.

Ever since the Modi government took over in 2014, said Dr Jitendra Singh, it has been the direction of Prime Minister Narendra Modi to give priority to the far flung and difficult regions, and do whatever possible for ease of living and ease of governance in these areas.