UPU News - COVID-19: Not a revenue crisis, but an uncertainty crisis

Second day of Parcel and Post Expo 2020 stresses postal reinvention, while continuing to examine how posts are dealing with the COVID-19 pandemic 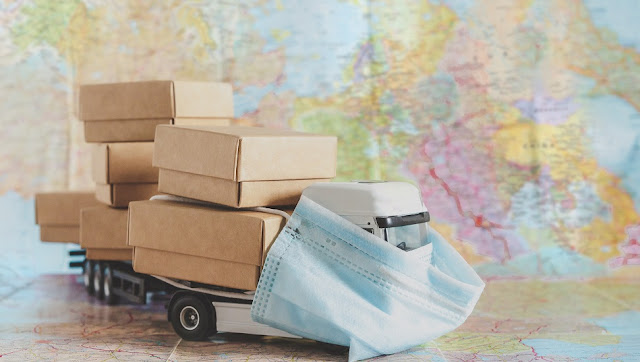 When a shipment from Slovenia is intended for Croatia, a complex cross-border delivery system makes dealing with every-day disruptions time consuming and costly.

But a new postal project has been introduced to adapt to real-time needs and to allow for agile responses.

The solution is called the Cognitive Adviser tool and its project manager, Slovenia Post’s Alen Kahvedzić, outlined the main objectives at the Parcel and Post 2020 Expo on Tuesday.

“We would install a system or a mechanism that could respond to any changes in the environment,” Kahvedzić says. “Any ad hoc event, such as traffic interference or border crossing closures, or any other discrepancy, can be resolved with this technology.”

The tool is based on cognitive logistic objects, which can be anything in the supply chain such as delivery trucks or post offices, he says.

Many other posts are considering what actions to take for their own cross-border services as new data requirements for Europe are scheduled to come online next year.

“It’s no longer sufficient just to look at the address and deliver the piece,” says Thorpe. “You have to show and tell everybody that cares about that piece what you’ve done with it when it’s been delivered.”

Today, 8 percent of parcels passing through a postal network have a valid tracking or unique number. In the future, Thorpe says, parcels with incorrect or insufficient data will be the exception. There will be no room for duplicated tracking numbers or incorrect formats in the data behind the bar code.

“Ultimately, the modernization of Posts to deal with higher volumes means you have to be able to rely on data,” Thorpe says.

Also on Tuesday, speakers shared their experiences working during the COVID-19 crisis.

The Ukraine Post, in a pilot project, partnered with a start-up marketplace for pharmacies to provide citizens delivery of pharmaceutical products, says Oleksandr Pertsovskyi, the Post’s former Chief Operating Officer. It started small scale, but now the Post delivers a few thousand pharma orders daily. The programme was widely supported and eventually a law was passed to keep pharma delivery as a permanent service.

The Post also grew its mobile post office programme, which is a network of vans that service small rural communities. In 2018, the programme was launched in one of Ukraine’s 24 postal regions with plans to move into another six. With the COVID crisis, the Post accelerated its efforts and now plans to cover the entire country with its mobile post offices by the end of 2021, Pertsovskyi says.

The Post is also pushing to expand its financial services. Pertsovskyi says approximately 4 million retirees depend on the Post to deliver cash pensions. But in a pandemic, this creates a possible point of disease transmission via the cash itself as well as exposure from human contact. The Post would like to bring services like these into postal savings accounts. He says the Post is hoping to get parliament’s final approval for full scale banking activities in the next few months.

“We should think beyond traditional postal or logistics services, and with the COVID challenges, postal players can reinvent themselves and think of all the adjacent services and business lines they can develop,” Pertsovskyi says.

The COVID-19 crisis has shown the need for flexibility and adaptability. One area in particular is the sorting process, says Dirk van Lammeren, the commercial director of Prime Vision BV.

“We believe COVID is not so much a revenue crisis but an uncertainty crisis,” van Lammeren says. “Our customers had to deal with a decline in available staff through sick leave and reduced productivity. It’s a paradox that requires even more automation to deal with heavy fluctuations in assets, volume and people.”

He says companies need to prepare themselves for ongoing turmoil in the market, but also to utilize data. Data on volume, customer response and performance can help Posts optimize, he says.

He also sees new ways of sorting in the future, such as autonomous sorting, as well as a need for open technology and connectivity so Posts can adapt quickly.