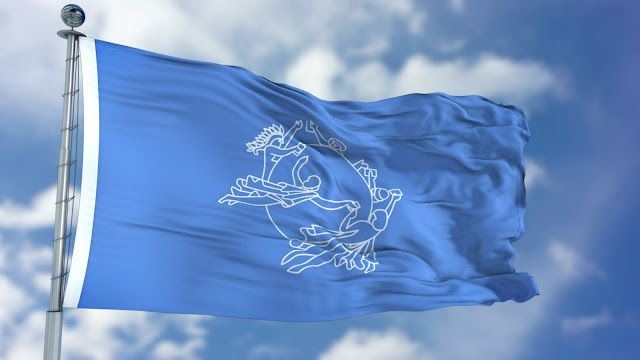 Posts around the world continue to redefine operations in the face of digitalization, competition, changing consumer demands and now a global pandemic, speakers said at the UPU World Leaders Forum, held on the first day of UKi Media’s Parcel and Post Expo 2020.

Leading figures in Posts from around the world gathered this week for this year’s unique expo held in live video sessions online from 12-15 October.

While there are plenty of challenges, such as the longtime trend in declining letter volumes, Bishar A. Hussein, the Director General of the Universal Postal Union, said Monday, that postal organizations are coming out ahead during the pandemic driven by the growth in eCommerce.

“I think the postal organizations have always adapted to every situation that they have faced in the past,” Hussein says. “The same technologies that have really been a concern for us have helped us actually grow other segments of our business, particularly the packets and parcels.”

Still, Posts are gathering this week to discuss in more than a dozen sessions the pressing issues they face. These challenges range from competition and consumer expectations to the environmental impact of increased package volume.

UPU’s head also discussed the UN agency’s top priorities for the remainder of 2020.  These priorities include reforming member contributions to the union, and Mr. Hussein notes there is a major proposal to determine the future model guaranteeing the Union’s sustainability. After decades of discussions, the union is also close to opening up to other players, including eCommerce providers. “That is where the future of the union lies,” Hussein says.

In the COVID-19 era, Posts have had to evolve rapidly due to the continued declines in letter volumes and skyrocketing package volume, grounded airlines, and reduced staff, all while the digital world has transformed consumer expectations.

Changes at Emirates Post include rolling out a new website and application to extend its digital services. The Post also launched a souvenir stamp to honor frontline workers with the proceeds going to the Red Crescent.

The CEO of Australia Post, Christine Holgate, outlined how volume trends have been accelerated by COVID-19 pandemic. She informed the audience about the massive growth in parcel delivery, and the changes in the way Australia Post is viewed by its biggest customers. Ms. Holgate also underlined the very real need to be aware of the bottom line and the constant need to highlight and to deliver efficiencies.

Community outreach is also advanced by technology, says Khalil Daoud, the Chairman and Managing Director of LibanPost, a private postal company in Lebanon. The Post used iris scanners while working with the influx of 1.5 million Syrian refugees to verify identities before processing food vouchers in coordination with the World Food Programme.

And, after a deadly explosion rocked Beirut in August, the Post placed mobile post offices in areas affected by the explosions, “to act as a social system in a crisis and to maintain our service,” Daoud says.

The pandemic has also highlighted a sustainability question. Charles Brewer, the Chief Operating Officer of Canada Post, says the spike in total volume reached numbers not expected for another nine years.

This kind of expansion, when overlapping with other delivery networks, is not sustainable environmentally or economically, says Elena Fernández Rodríguez, Director of International Affairs and Sustainability of Correos, the public postal operator in Spain.

“All post operators are focusing on new technologies in electric vehicles in order to reduce the environmental impact,” she says. There is also talk, Fernández Rodríguez says, of creating a kind of traffic control system to generate efficiencies in delivery networks.

Still, efficiencies are also reached in data, says Asta Sungailiene, the CEO of Lietuvos pastas in Lithuania. Posts need a culture where decisions are based on data, she says. In Lithuania, data from various sources, including the Post’s network of parcel lockers and tablets, allow the Post to plan routes and monitor orders, movement, efficiency and service quality, Sungailiene says.

Underlying all of this is the UPU’s role in creating the exchange conditions of the networks and the standards, says Pascal Clivaz, the Deputy Director General of the UPU.

“At the end of the day, if you want to make sure we are doing things in a rational and sustainable way,” Clivaz says, “… UPU must make sure we implement the sustainable goals. … That is one of the rationales behind our strategic approach to opening the UPU. We need to understand that our world will never be the same.”