Earlier due to a false case filed in Calcutta High Court based on misleading facts by a rival union which could not get recognition, the recognition of AIPSBCOEA was withdrawn temporarily.

Now after consistent fight of AIPSBCOEA and NFPE, the recognition has been restored by Department of Posts, vide Directorate letter No.16/75/2010-SR dated 25.04.2019 (Letter is published below:- 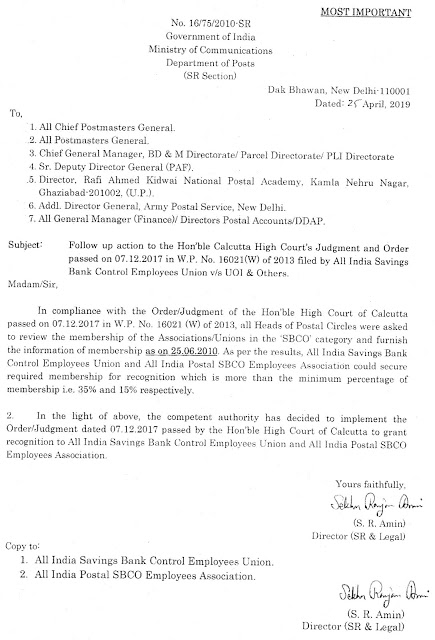